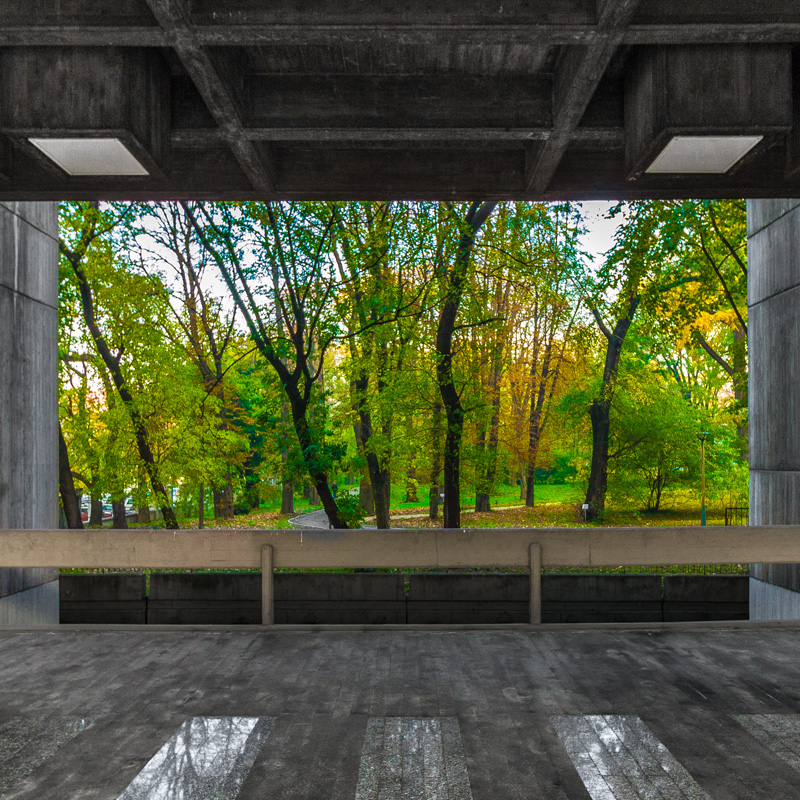 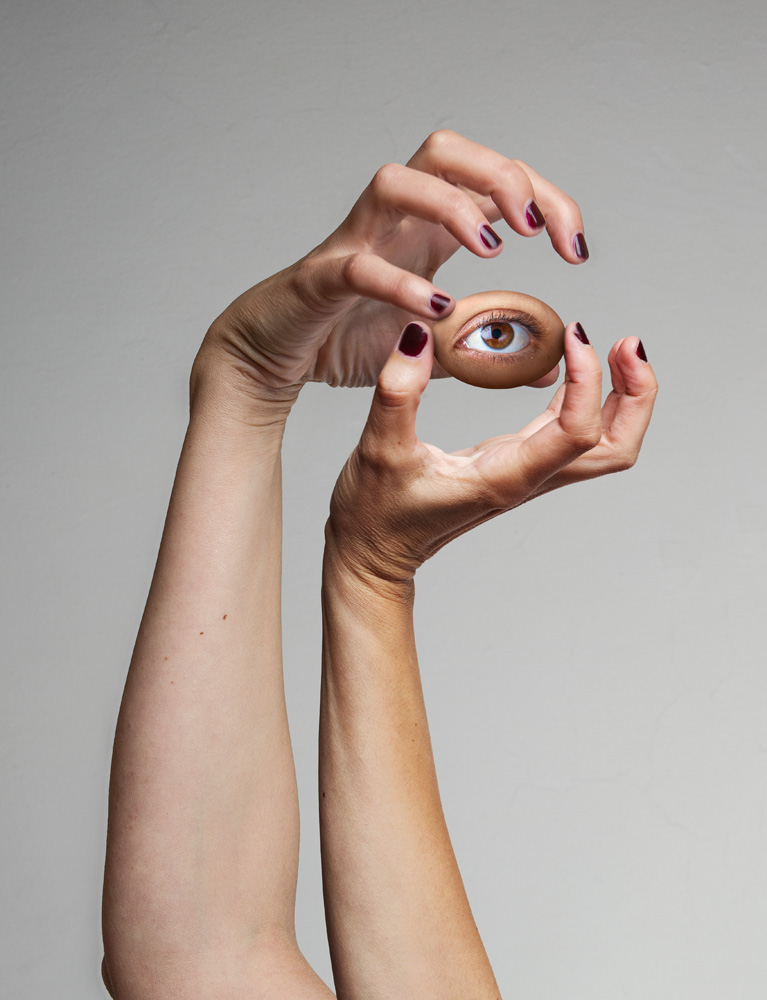 Human is born without awareness of its shape and only after half a year it discovers its hands.
I discovered my hands as a grown up child when I was about ten years old and since then I’ve paid more attention to the human hands than to the face.

Face can fool me, hands have not yet.
From them I can read.

Saskia Boddeke contacted me earlier this year and she told me that she and Peter Greenaway are preparing project “Obedience” at the Jewish Museum in Berlin. One of the rooms in the project is God’s room, they saw a photo of hands that I had done long ago and they wanted me to be a part of the project. We talked about it and I told them that for me there is no God, for me there are seven billion gods, so this will be a human hand; Image of God is to look for the man and pray for his salvation but what is obvious is that prayer is a passive thing, means god is sitting idly in every case.

They liked the idea and I’ve done about 40 photos of human hands. I chose 10 of them, which I presented as part of “Obedience” project in Berlin. This collection of photographs size 80x80cm will not be reproduced, photographs will remain the original copies. The exhibition in Berlin runs until November 15, 2015, so if you find yourself near…

Exhibition of “Rorschach test” photo collection 12th – 21st May in the beautiful space of old tower “Gardosh” in Zemun, Belgrade.

HERE >>    you can see some of the photos from the collection. 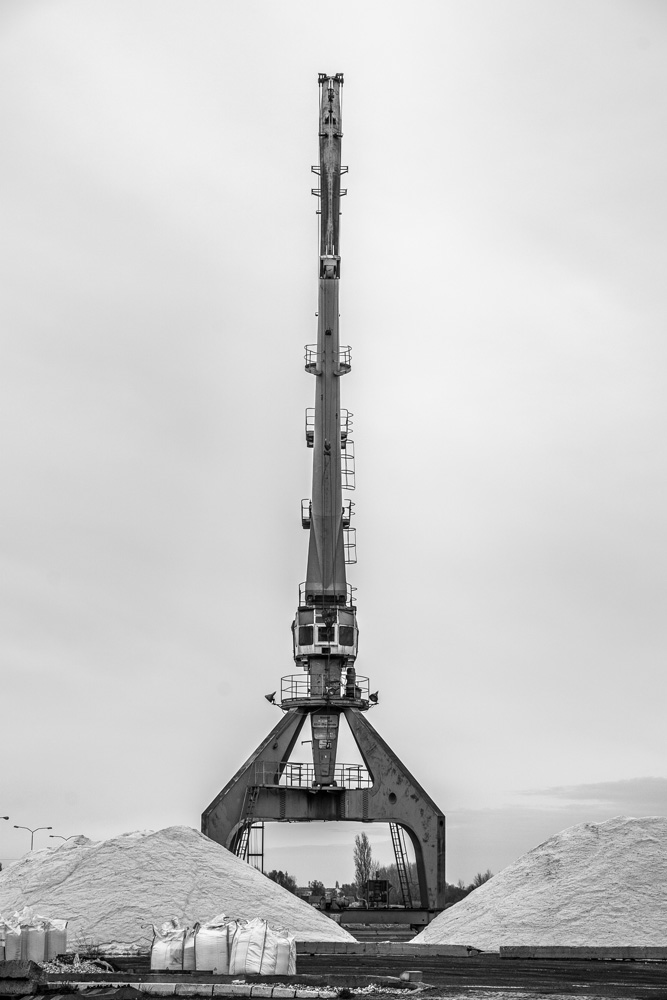 Eiffel tower is just a park decoration. This crane is true art.

Sometimes I am just claiming the obvious.

I am curious about you.

Today Mirko Ilic had a multimedia lecture as a part of Festival of Tolerance, in “Dom omladine”  (Youth Center) in Belgrade. Topic was fascistic iconography present in public space on the territory of former Yugoslavia and abroad. It was, as I expected, a great talk in a fully packed large hall.

I had a chance to meet Mirko for the first time about 6 years ago, at his studio in NYC. He is one of graphic designers that I admire the most. His works are sharp, often critical and with very little holding back. Few days after we met for the first time, we met again so I photographed him for… Well, I forgot what was initial purpose, but photos ended up in Elle magazine as well as in some book about him. Here are a few of them. 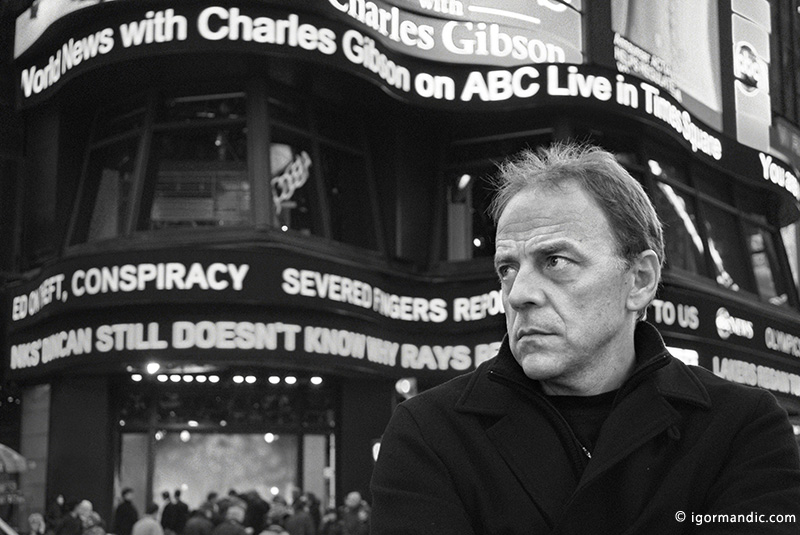 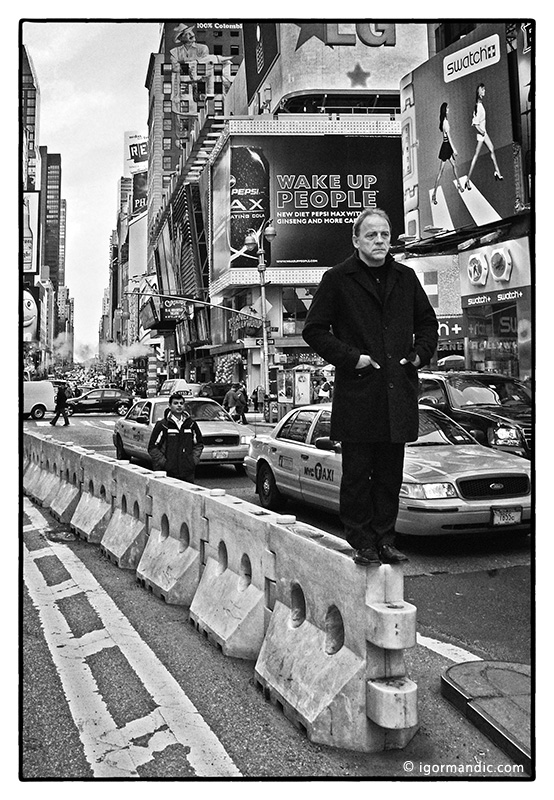 As I am uploading these photos, I just recall one interesting situation. Few days prior to this shooting, I was having coffee at Bryant Park when a homeless man approached me asking for a cigarette. I gave him two, one for later. We had a chat, he was born in Bosnia as well as I was. His name is Vinko.

So, a few days later, Mirko and I were standing, sipping coffee at Times Square, waiting for neon signs to turn on, so that we can take more photos, when a homeless man approached us asking for change. I recognized him and I said: “Mirko, allow me to introduce you to Vinko, he was also born in Bosnia.” The three of us: Mirko, world class graphic designer in “Boss” coat (made in Bosnia), me in military jacket and Vinko in some sport jacket (older than me), are standing there. We all started life in the same small country, we had three completely different life paths and life gathered us there at Times square by some bizarre chance…

And then – neon signs turned on. We had to work. 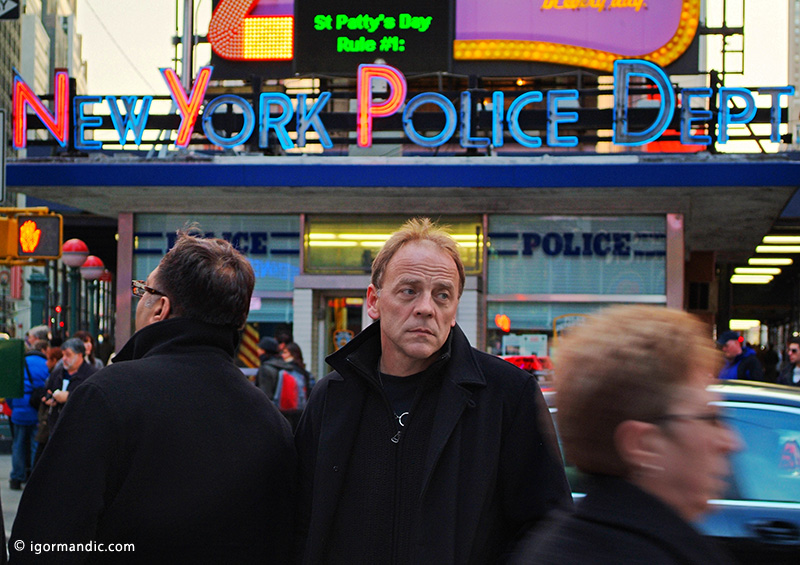 #repost @coldpressok in Milan, on leading food and